Menu
Log in
Register
Install the app
You are using an out of date browser. It may not display this or other websites correctly.
You should upgrade or use an alternative browser.

Kenora based brewery aging beer under Lake of the Woods ice

Friend of mine was caretaker for a camp in northern Manitoba he filled a barrel with cans of beer and sunk it in the lake then left for 7 months then had a nice bonus for camp staff when they reopened-I asked him how it was but no real info since he doesn't like beer.

Proof positive that there's one born every minute
A

I think they term that "value-added" nowadays!
C

I have had that brewery’s beer in Northwestern Ontario when I go fishing in that area it’s good and also resulted in good luck.

I hope the fish don't figure it out: 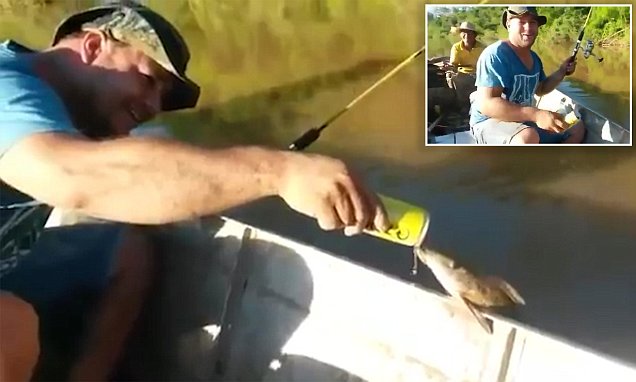 Incredible moment fish gulps down beer on side of anglers' boat

A group of anglers in Brazil could not believe it when a fish perched on the side of their boat and gulped down sip after sip from a can of beer. They managed to capture the incredible scene on video.

Back in the 80s/90s I was a ski instructor, and a good amount of my time was spent running the race centre. We did a fair number of corporate events where a fun race was part of the program. It was the heyday of brewery sponsorship of anything sporting, so the beer reps often dropped by with a flat or two for the race crew. Management prohibited anything to do with alcohol while in uniform, so it was always tricky getting the beer off the hill and into the hands of the workers. In spring, I took to burying the flats in the snow in front of a particular tree near the timing shack, hopeful we wouldn't get a cold snap that would drive snow temp low enough to freeze the amber nectar.

A free beer at the end of a work day is always good, but even better was putting on a little show for unsuspecting co workers. We would finish the work day and as we were clicking into our skis to head down, I'd straighten up and sniff the air. "Wait a sec guys, I can smell beer. Does anyone else smell it?" Make a big show of walking around 'beer sniffing' each tree. "Yep, it's right here, someone get a shovel." LOL good times, a few laughs and a cold beer with friends.

I'm thinking this could be done on the water with GPS and downscan sonar, pull it up with a grappling hook to the amazement of the punters. (Or throw away a perfectly good flat of beer when you can't get a hook on the f#$%ing thing). Maybe a "loaded" crab trap dropped earlier when solo would be more effective.
I was addicted to the hokey pokey, but I turned myself around.
A